During these difficult times caregivers need practical tips to manage problems, develop skills, learn engaging activities, have access to available resources and have ways to manage stress.. While in-person services are not currently permissible, I am offering individual or group support either through telephone or video at your convenience.

Would you like to switch to the accessible version of this site?

Don't need the accessible version of this site? 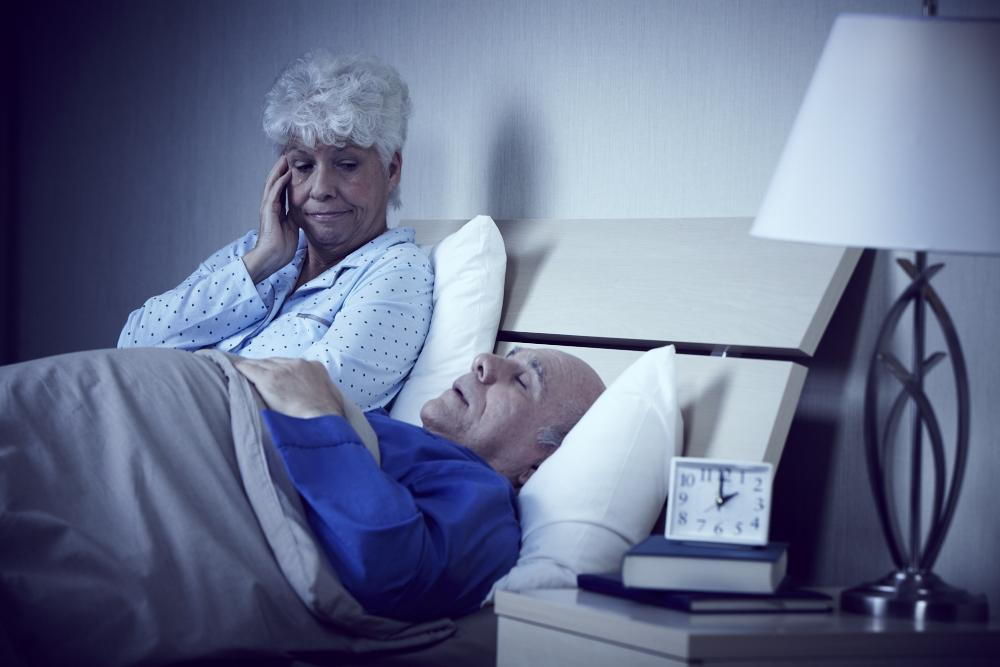 Is there person you are caring for sleeping more during then day?  Is that person up frequently at night? To reverse this cycle and get a “good night sleep” the approach has been “keep the person physically active during the day so they sleep better at night”.  I have come to learn that being up could be to a condition called sleep apnea.

What is sleep apnea?

Sleep apnea is a potentially serious sleep disorder in which breathing repeatedly stops and starts. If you snore loudly and feel tired even after a full night's sleep, you might have sleep apnea. The main types of sleep apnea are: Obstructive sleep apnea, the more common form that occurs when throat muscles relax.  Mayo Clinic report

Link between sleep apnea and dementia

New studies released at the Alzheimer’s Association International Conference in London show more evidence that sleep apnea contributes to a greater risk of dementia. The research also suggests that any sleep-disordered breathing may accelerate the progression to Alzheimer's disease. The link between apnea (not breathing), hypopnea (under-breathing) and dementia had been identified before, with age being the most common explanation, because the sleep breathing problems tend to strike older adults. But findings suggest that sleep-disordered breathing leads to a buildup of a key marker for Alzheimer’s.  AARP.org

Why is this happening????

Can this be treated?

“These findings are important, in part because sleep disturbances can be treated in older people,” said Dr. Adam Spira, the study’s lead author. “To the degree that poor sleep promotes the development of Alzheimer’s disease, treatments for poor sleep or efforts to maintain healthy sleep patterns may help prevent or slow the progression of Alzheimer’s disease ALZ info.org

Conclusion: Sleep apnea may accelerate the progression of dementia. Because poor sleep can be caused by other factors, it is important to get a physician consult.

In becoming more informed about the impact of sleep apnea on dementia, I have learned of sleep apnea treatment options include: wearing an oral/dental appliance. Dr. Portales a dentist in N.J. informed me that The American Dental Association has adopted a policy for all dentists to screen patients for sleep-related breathing disorders.

I am here to help YOU – When faced with the responsibility of caring for an adult with dementia; I provide personalized solutions, practical strategies and ongoing support that restore your peace of mind.  Contact me